I’ll bet that when you encounter the phrase ‘augmented learning’ you get a mental picture of a person, wearing a high tech set of goggles or a helmet, with an expression of opened-mouthed, rapt wonder on his/her face. Right? That’s augmented learning. Right? Well, I’m not sure that’s what augmented learning looks like today, and that’s what we’re exploring in this three part series.

But first, a definition from the Wikipedia:

“Augmented learning is an on-demand learning technique where the environment adapts to the learner. By providing remediation on-demand, learners can gain greater understanding of a topic while stimulating discovery and learning.”

Based on Wikipedia, could the humble QR code be an augmented learning 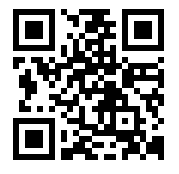 tool? Try it for yourself: Take a look at the QR code on the right hand-side of this page. If you have a QR code scanner app on your phone, activate the app, point your phone’s camera at the code, and see what happens. If you don’t have an app, no excuses. It’s a free download from any app store.

So. Did you scan it? (If you didn’t scan it, you can also just click on it) If you answered yes, congratulations! You just learned something . And, you just participated in a very basic form of augmented learning. Really.

What is a QR code?

Simply stated, this boxy collection of dark- and light-colored blocks connects the physical world to the digital world. And that connection is where the QR code works its magic: any user with a mobile device equipped with a QR code reader has instant access to the associated information. The code itself connects your device to the information designated by the code, and launches the appropriate app on the mobile device to obtain that information.

There was a time, not very long ago, when QR codes were fairly common. Initially developed by the Japanese automobile industry in the mid-1990s, QR codes seemed to be the wave of the future. Unfortunately, most mobile devices did not come with the scanning apps pre-loaded, so users have to download the app themselves. While there are many free code-reading apps, interest in the little boxes has waned since 2009. And as of 2014 the QR code was practically declared dead, or at best, a relic of digital days gone by… 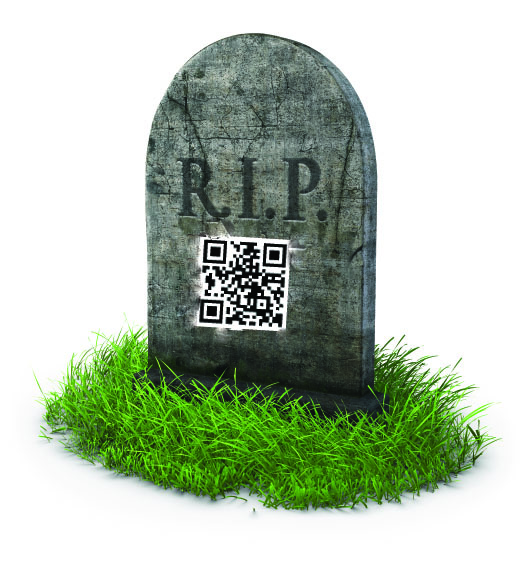 But Not so fast! Any reports of QR Code demise have been greatly exaggerated!
Certainly in the consumer industry, the age of the QR code seems to have come and gone. But for the elearning industry, those little boxes could be a major step toward augmented learning. Remember, the QR code is an on-demand tool to access information.

QR Codes and Augmented Learning In the Real World

Imagine a manufacturing plant where QR codes are attached to the machines. Gone are the bulky manuals and endless reference indexes. Gone also are the workflow interruptions and delays around learning new processes. Information is available at the literal fingertips of all employees. And new employees can learn about each step of a process in real-time, increasing knowledge and optimizing their skill sets.

The inevitable task of troubleshooting can also be streamlined by QR codes. The appropriate QR code next to the emergency stop button can provide the necessary procedures to minimize interruptions, and maintain safety standards for new and seasoned staff.

Attached to various stages of a process, QR codes can provide customized eLearning for specific processes, or parts of a process. Instructional material is available on-demand, increasing the flexibility of eLearning. Employees can be quickly cross-trained, thereby improving their skill sets and contributing to their own success, as well as the success of the company.

Imagine utilizing on-demand, adaptive eLearning in professions and industries such as:
banking, inventory, retail, packaging, shipping, even entertainment. QR codes can be used to train and develop people in tasks that range from sorting and filing to highly technical tasks that involve very specialized knowledge, such as aircraft maintenance procedures. The possibilities are limited only by our imaginations and our creativity. So let your imagination run wild: where might you utilize an on-demand information system capable of adapting to the environment?

Back to the present, and let’s face it: widespread use of augmented reality in eLearning has yet to become the norm. However, we are definitely headed in that direction.( Think about what xAPI tracking could do) In the meantime, the QR code has the potential to be a player in the world of augmented eLearning. Just as we demonstrated above, the gap between a question and an answer simply disappears when your mobile device scanned a square array of dots. On-demand learning, where the learning adapts to your environment, by just scanning the code…now that is augmented learning. It might be a really good idea to keep an electronic eye out for these 4-sided little guys.

This article was first published through elearningindustry.com

About the Author: Joel Copeland

Joel has been in the multimedia, film/video and eLearning industries longer than he'd like you to know.